Redox reactions can be transfer of electrons, so can also be called electron transfer reactions.

By separating the reaction in half you can see which species is reduced and which one oxidised. 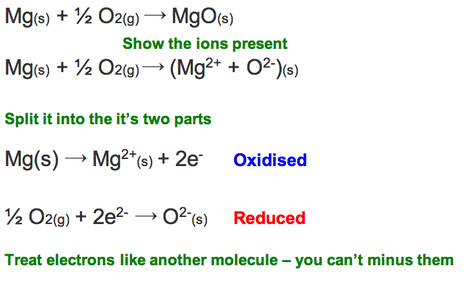 Sometimes there are more than two ions in the equation: 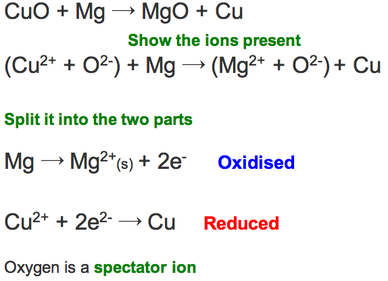 As an atom or molecule the atom is

All the oxidation states add up to 0 in a compound

Oxygen is most electronegative so:

Using algebra, C can be found 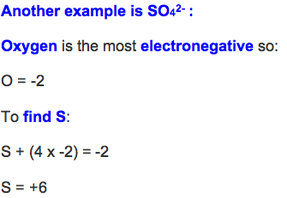 You may be asked to balance an equation. To do this you need to find out which elements are reduced or oxidised and then balance the electron exchange.

For an equation to balance: 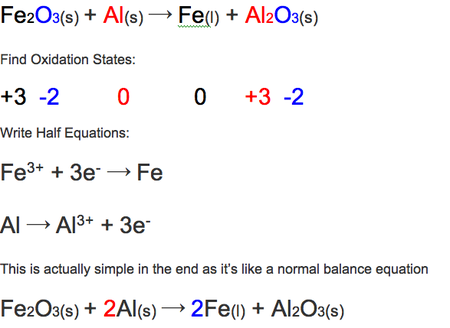 It gets more complicated in Aqueous Solutions 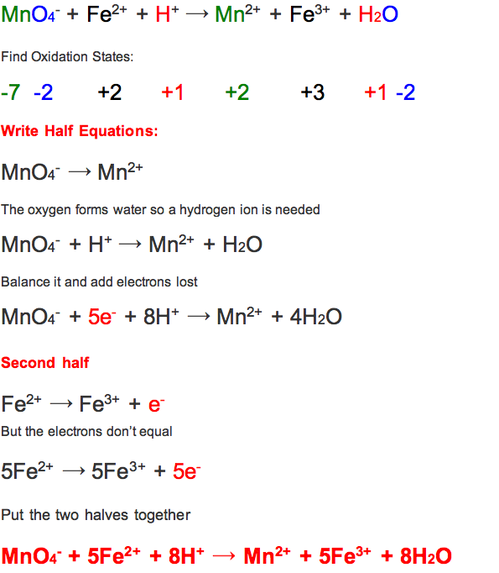 The electrons cancel out

When a substance undergoes oxidation and reduction simultaneously

Examples are H2O2 and ClO-