Force - interaction between two objects, fields or charges measured in Newtons
Newton - force required to accelerate a mass of 1 kg at a rate of 1 m/s^2

Force (N) F = ma mass (kg) x acceleration (m/s^2)
In objects acceleration is generally the changing value as mass remains constant. This however doesn't happen in:
Usng the Force equation weight can be calculated by:

This part explains why a hammer falls faster than a feather

Non-constant acceleration is the reality of the world because objects are subject to drag
Drag depends on: 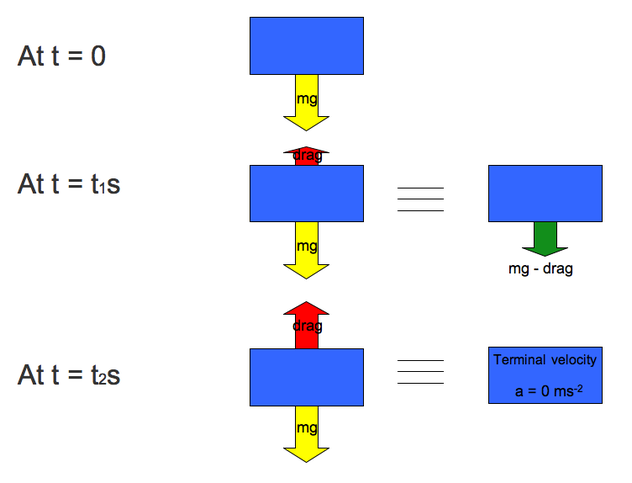 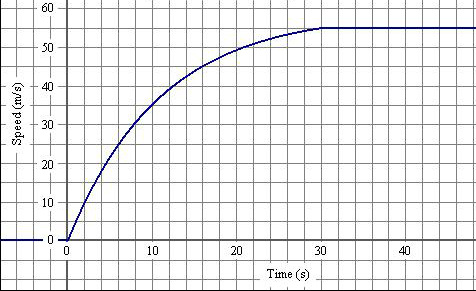 This explains why the acceleration gets harder as terminal velocity is approached.
For when the velocity doubles the drag force quadruples 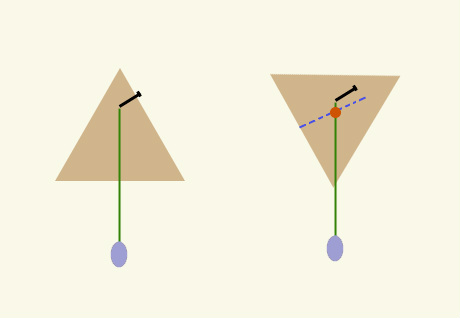 A moment is measured in Newton metres (Nm) as it is a measure of a force acting at a perpendicular distance from a stated point.
This gives the equation where x is the distance: 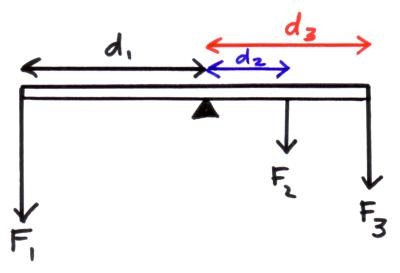 Torque occurs when there is a couple on a beam. This is when two moments work in the same rotational direction at the same perpendicular distance from a point. 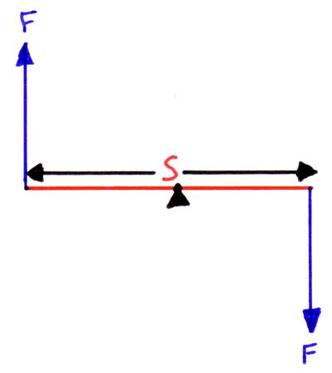 Pressure in a liquid

s = ut + -u^2
2a
Many different things affect the stopping distance like road condition, concentration of driver etc.

Airbags are also designed to increase the time of the impact as they support body parts not protected by the seat belt. Without a seat belt they are dangerous as whilst the body goes forward it hits the airbag traveling towards it, which decreases the time of impact.
The system for an airbag is shown below: 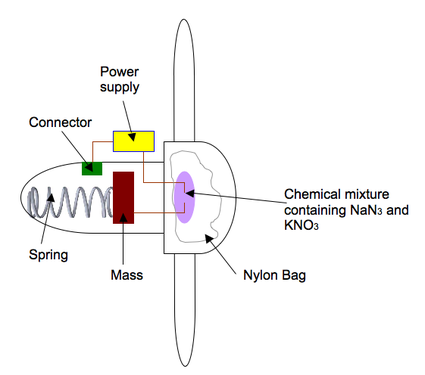 When the mass experiences 10g (this is only experienced during an accident) it gains enough energy to complete the circuit by touching the connector. This creates the spark needed in the chemical mixture to set off a violent reaction which releases Nitrogen gas which is what expands the airbag.

Global Positioning Systems work via the principle of Trilateration