This is when a quadratic needs to be resolved (used to find meeting point of a quadratic and a straight line)
This is done by substitution of either constant. 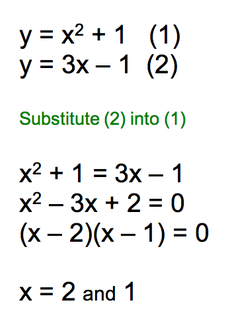 Best solved when the quadratic is drawn 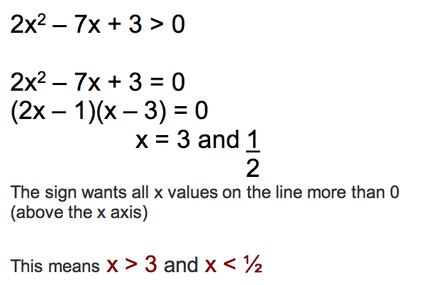 On the graph this means any value in the shaded regions complies with the inequality. If the sign was the opposite it would require the values below the x axis. 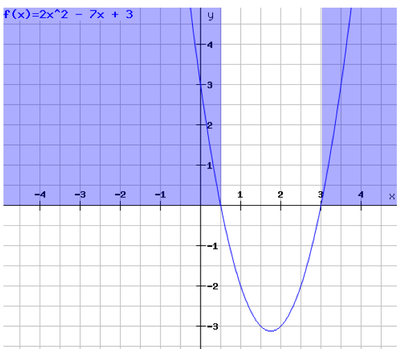